While helping my roommate clean up the basement, I came across several really old hard drives.  I tried using my primative data recovery equipment, but I couldn't even initialize the drives.  They were dead dead dead.  But they still could contain data accessable through more exhaustive means, so I decided to render them permenantly unreadable.  With a vengance!

The bullet I selected was a .45 Colt Winchester Super-X 255 grain lead-round nose in target/range loading.  The gun is a Taurus "Night Court" Judge with 2.5 inch cylinder and 3 inch barrel.  This was actually the first time I've fired this pistol.

My first shot was a bit wide.  I was firing single-action (that is, cocking the hammer, then aiming and pulling the trigger), and I was caught off-guard at just how light the trigger pull is.  My second shot hit the target perfectly from a distance of about 20 yards.  The bullet pierced the light upper cover, which was ripped clean off by the impact and thrown about 6 feet away.  The bullet severly distorted the drive platter, heavy back casing and circuit board, but failed to penetrate.  If I'd been using a jacketed bullet, it probably would have gone through.  The divot on the platter is nearly an inch across. 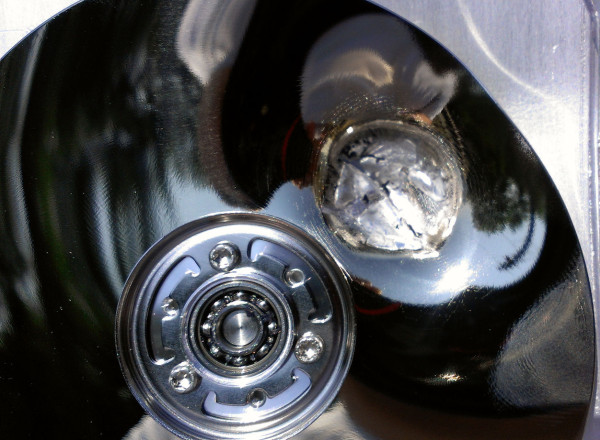 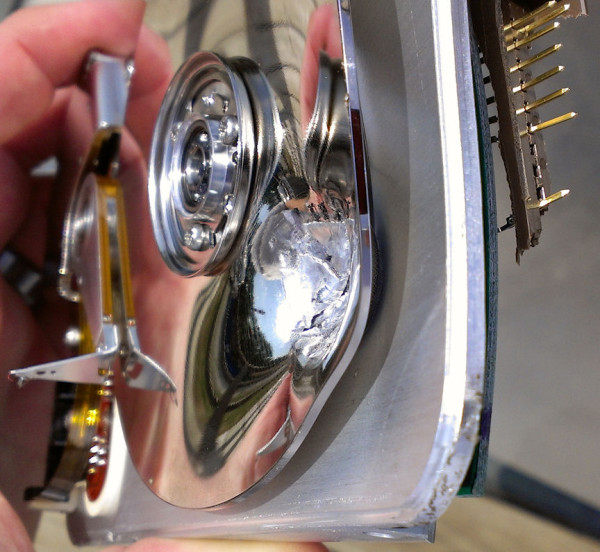 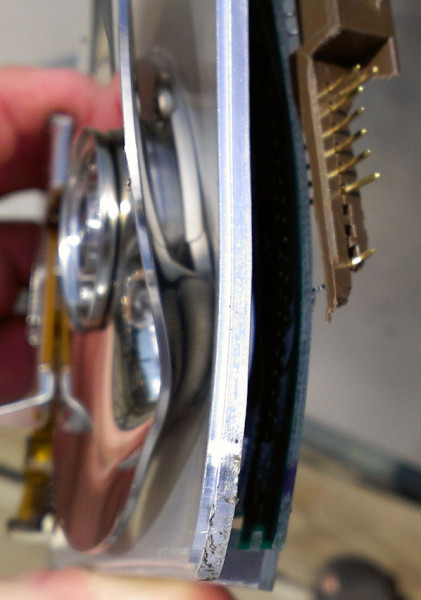 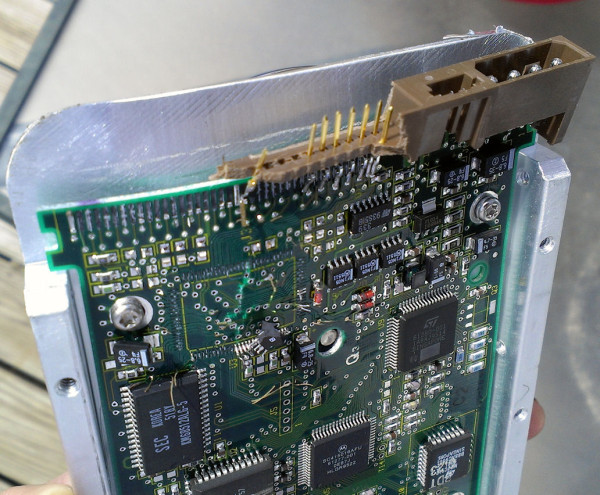 I want to try this again with my .30-06 sniper rifle, but I don't have any FMJ ammo, only jacketed soft-points which wouldn't penetrate as well.  Plus the rounds cost almost $1 each.
Collapse